A perfect dinner idea for Valentine’s Day, or any day of the year!

Based on the best ever method for oven pulled pork but updated with cocoa chili chub and homemade barbecue sauce with chocolate and chilies. This savory chocolate recipe was developed for an Iron Chef party with chocolate as the secret ingredient. It’s an inventive main dish that could feed a crowd, transport well, feature chocolate throughout and most importantly …. WOW the judges for the WIN!

Pulled pork should always be the first thing that comes to mind when looking for a crowd pleasing knock out dish. It can be made ahead of time, is super affordable, reheats beautifully and is always a huge hit!

Mole, pronounced MOH-lay, simply means ‘sauce’ when loosely translated from the Aztec word ‘mulli’. Which explains why there are so many variations of mole. Often with different variations of upwards of 40+ sweet, spicy, sour and salty ingredients like plantains, chocolate, raisins, chilies, tomatillos, tomatoes, sesame seeds, pumpkin seeds, and peanuts. The flavor of mole is as wide ranging as the regions and families from which it originates.

Often though, when westerners think of mole it’s the thick, reddish-brown Mole Poblano made from a combination of chilies and dark chocolate. But REGARDLESS of the ingredients in mole one things for certain… it’s always delicious on grilled and slow cooked meat, in tacos and tamales, on enchiladas and even Mole Pulled Pork Sandwiches

Although the flavors are based on mole sauce this version is so much easier than the original! Simply roast all ingredients until the pork shreds easily and everything develops the deep color and rich flavor Mexican mole sauce is known for.

Perfect for serving a crowd this pulled pork recipe makes a LOT! Roughly 12 servings for a 5 pound boneless roast.

Use pulled pork in place of any other protein in burgers, with pasta, in chili, fried rice, tacos, grilled cheese, and even pizza. 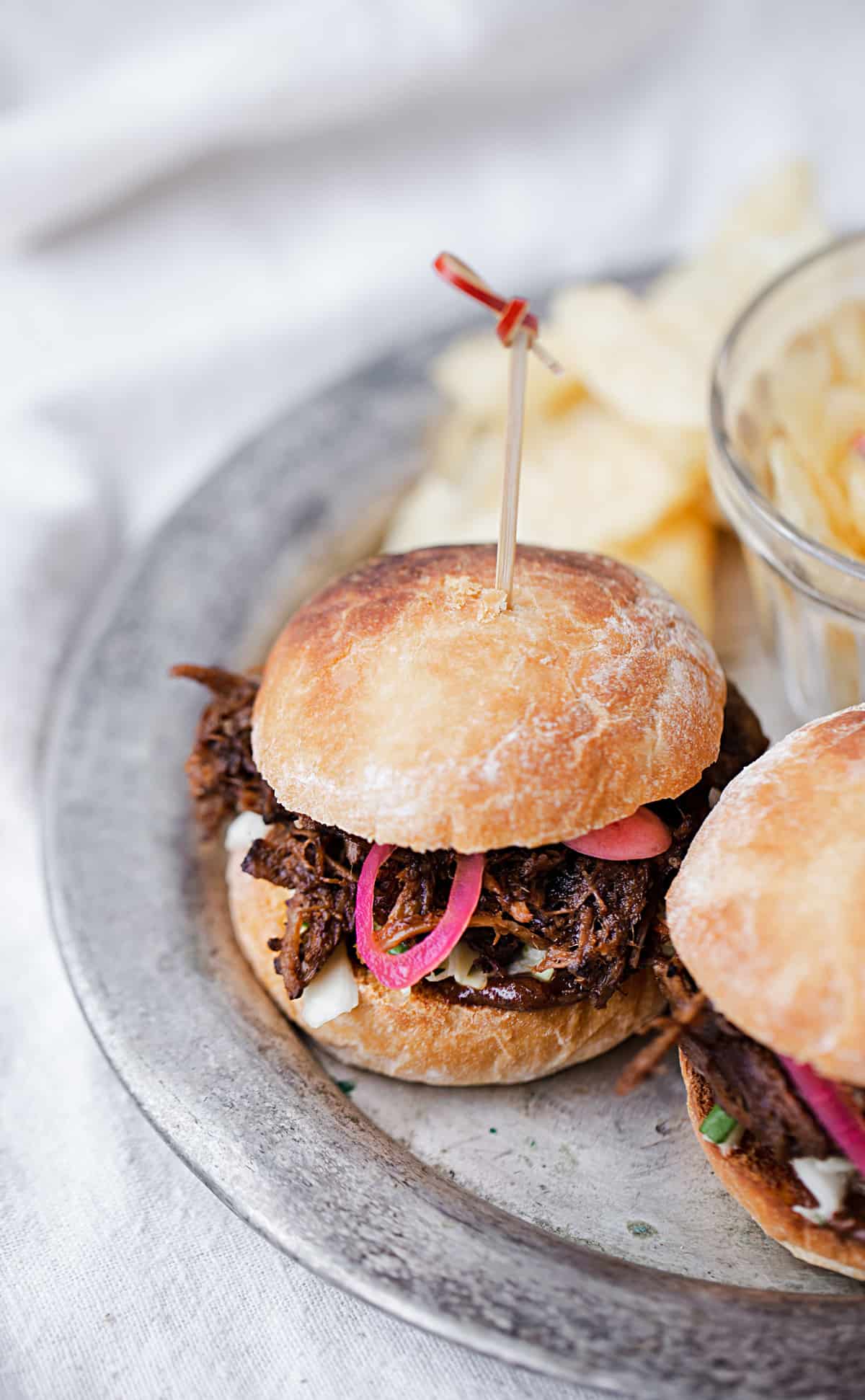 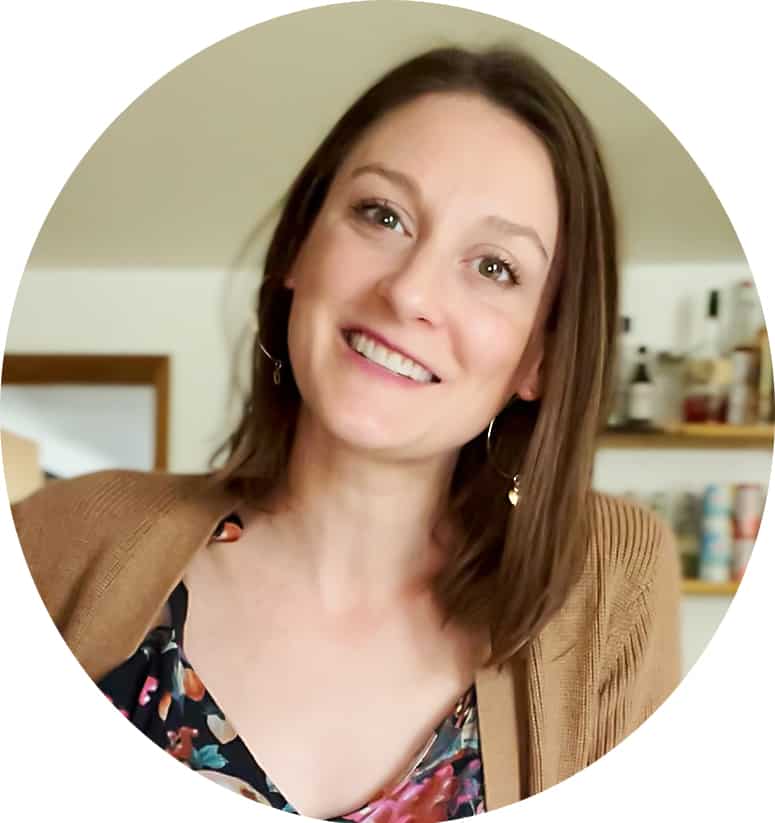 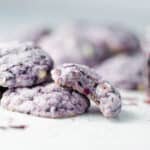